This groove is a classic half-time shuffle feel. It is languid and woozy and rolls along almost falling over itself, while at the same time retaining power and purpose. The delicate grace-note triplets in these grooves mix with the heavy half time wallop of the kick and snare to create an unusual yet very pleasing juxtaposition. These loops are full of feel and groove, so if you’re looking for something a little more exotic and unusual – this is just the ticket. 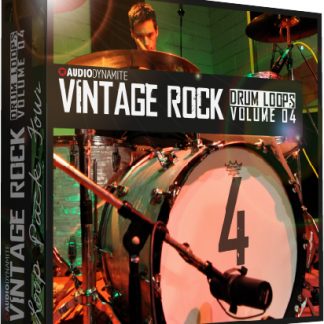