This one really swings. Here we have a groove that incorporates a delicate shuffled swing feel with a really hard attack to produce a really powerful groove-laden beat. Being back down to 97 bpm gives this groove a more solid and assured feel while opening up beats for more feel and swing. Funky yet solid as a rock. 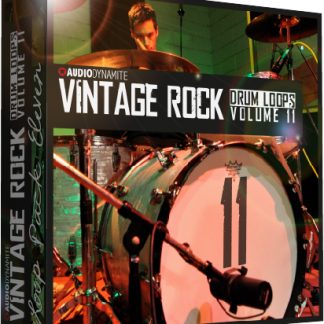