Kicking off the series is a classic powerhouse rock groove at 77 bpm. Of course you could time-stretch the groove to where you want; we love the brooding tempo this drum loop defines. The groove is presented with four alternative versions, focusing on either the hi-hats, ride, cow bell or crash cymbals – perfect for section changes in a song. Each version has three variations, three fills and an ending crash which gives you a flexible array of loops to construct your track from. 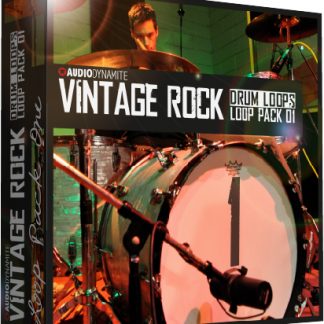