While recording the grooves for our Vintage Rock Drum Loops collection, we decided to put together a useful tool kit of one shots for our users. This pack comprises of single hits on individual parts of the kit at varying velocities. These samples can be used to augment and alter the existing beats or you could compose and create completely new ones.

If you like the way the loops are sounding in your mix, but just wished there was an extra snare here or an additional kick there, you can just add one. All the one shots were recorded using the exact same set up as the grooves, so will integrate seamlessly.

This pack is available totally free to all members of the Audio Dynamite website.

The ‘Multitrack Edition’ includes separate tracks for each part of the drum kit so that it can be remixed from scratch. The parts are easily imported into your DAW of choice and can be edited and mixed – right from the original raw session files.  We’ve also included a complete set of preview samples in Ogg Vorbis format for fast auditioning. 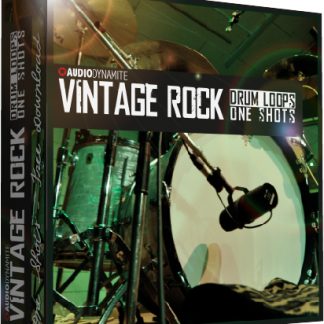